And what really sucks is that I have no Annual Pass right now which means no Disney for me till our November trip to Florida.  Tough life right?

Woke up later this morning which was nice – had breakfast at St. Marcs – chocolate gooey croissant, yum.  Our day at parks could not have been hotter.  (Well maybe it could have been, but it sure was blazing).  I’ve gotta say I love that people here use umbrellas for shade.  It really helps me not feel like I’m on a spit getting charred.

Before the parks we went to the Fish Market – one of the largest in the world and you can tell by the smell.  I, of course, was wearing illegal flip flops so I got to experience the slime first hand – er – foot.  Yay!

After that was the Detached House Garden a short walk away.  I really liked it there – warm but plenty of shade and places to sit.  I imagine it would be beautiful in spring with blo0ming flowers in their two large gardens, but it was still lush and pretty.  We went up some cobblestone steps to the top of a hill for a look at the lake and tea house in the middle.  Tea wasn’t open yet, that would have been fun.  Next time.

Our third stop was at the Imperial Palace grounds.  Lots of it is off limits as it is the emperor’s home, but the surrounding areas give you a good look at his place and even the gates into the “off limits” areas are something to see.

Thank goodness for the little building half way through serving ice cream and an air conditioned bench.  I thought I was going to crash getting hungry for lunch with my old achey back.  Sugar is wonderful and they could totally make a killing on those ice cream bars but they were excellently priced.

We trapsed through the East Gardens after that and out the grounds at the Northern end.  We decided to come back toward the hotel for lunch at Denny’s.  Way different than Denny’s in the states.  And my dessert of chocolate and vanilla ice cream, fudge, brownies, coco puffs cereal, chocolate shavings, banana, and whipped cream was amazing (sans banana – Jeff ate that).

Back at the hotel after a refreshing shower and figuring out what to do next.  Will post again if anything exciting happens.

Scratch that — never posted before we went back out.  Went to see the red bridge that I needed to see – yay.  Walked the grounds of the Koishikawa Korakuen Garden for about 30 minutes before coming back home.  Just have to decide on McDonald’s or Lion’s Beer for dinner now.  All packed for tomorrow: just need to get some souveniers in the morning, then hop on our $70 Limousine BUS to the airport.  Looking forward to endless movies in English. 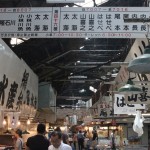 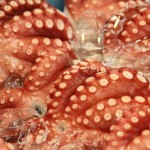 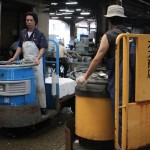 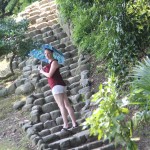 first garden of the day 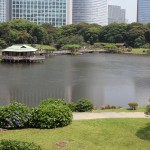 view of the park from the hill 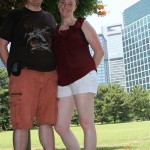 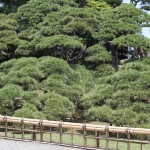 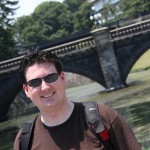 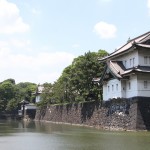 Another building on Imperial Palace property 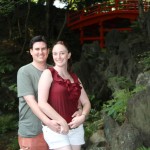 Us at the red bridge 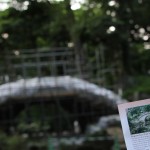 another bridge… under construction 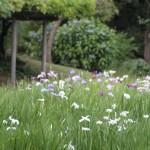 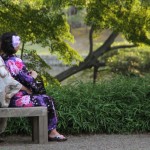 spying on what I think was an engagement session