…and 3 of the places we tried to eat before resorting to room service were closed…  That’s the price of rice I guess – quite literally.

So we just shared some steak teryakki over rice and Jeff has found some English James Bond.  Yay!  Today was full of not understanding a damn thing, so it’s nice to know what’s going on.

It is fun to hear Donald and Goofy and the whole gang speak Japanese though – oh but not as hillarious as hearing Lumierre say “bonjour” and then go on to speak Japanese with a french accent.  So great!  That was all part of Mickey’s PhilharMagic which was again great.

Before DL, we went to a Temple – kind of a touristy area – but neat to see.  Then we hopped on the metro to DL.

Tokyo Disneyland has far more attractions than Hong Kong and so far we have only tackled one of the two parks.  But it is in it’s 28th year, so I do believe Hong Kong has a bright future.  Hopefully HKDL keeps up the pin trading though because it sucked being at a park with ABSOLUTELY NONE today.  I guess they used to have it but stopped.  I’m not sure why.  But you can’t even buy many pins – they are only in two stores and the selection is small – mostly Easter ones.

Yeah, that’s right, Easter in June… in Japan…  SOOOOO much merchandise, parade, decor, etc… and all of it confused the heck out of us – but…. we played an Easter egg hunt which was FABULOUS – love those in park games Asia has got going on!  I guess they just wanted to really celebrate.

The egg hunt was the best part of it – going around finding “hidden” eggs painted and decorated as characters.  Highlights in the park include an upgraded Winnie the Pooh ride and a “Ride and Go Seek” Monster’s Inc. ride where you use a flashlight to spot monsters (very similar to buzz lightyear, which we didn’t ride).

Jeff also got his geek fix at Star Tours, though Space Mountain was closed.  Actually, a lot of rides shut down at certain times of the day to help save electricity.  Tonight we saw a sign that Tokyo is using 73% of it’s normal rate.  That neon glow of Tokyo streets is not the same, but it’s nice that everyone cares.

More Disney tomorrow and from what Jeff says, it will be more rides and lots of fun.

Here are photos from today: 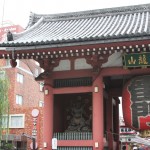 The main gate to the temple 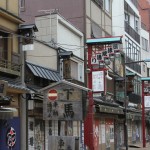 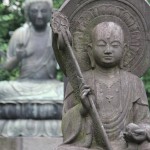 many statues in the garden 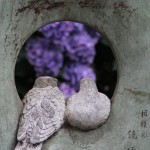 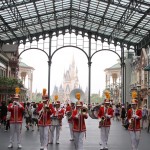 This marching band sounded more like an amazing orchestra 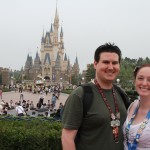 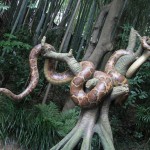 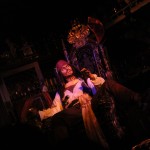 No Japanese for Johnny 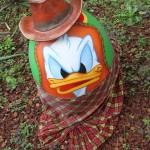 One of the many neat eggs hidden 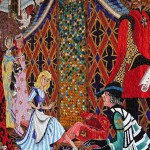 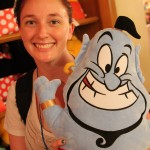 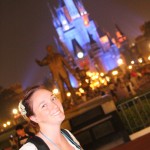 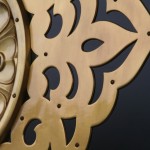 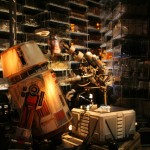 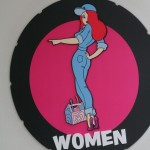 The only evidence that Jessica exists in Asia

P.S. – Just had a revelation: Jeff and I have now been to all 5 Disneyland parks!  Not together and not this year (at 4 of 5) but we both did WDW as kids – so awesome!