Over the past few days as Jenn and I have been reviewing our wedding ceremony plans we have come up with some great ideas.  First of all we have decided not to have the two candles become one flame ceremony.  We have been to several weddings where the wind did not make for such a great mid-ceremony combination of two flames into one.  Often that mid-ceremony act took away from the flow of the moment. It also never provided itself with terrific photos since they bride and groom always faced forward and blocked the action from view.

Another thought we had was that we were going to save setup time and cost by having most attendants of the ceremony stand instead of sit.  We appreciate short wedding ceremonies, so why not have ours be appreciated as well.  There will be a few chairs for those for which standing for 15 minutes may be an issue. 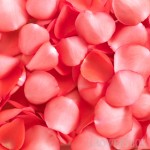 We have decided that due to the decision on chairs, we would need an alternative form of aisle for Jenn to walk down.  We have settled on a mound of rose petals on either side.  Yes a mound, not just a few sprinkled but a mound of rose petals.  We have also batted around the idea of tossing rose petals instead of rice, bubbles or butterflies.  This is still “up in the air” (Jenn laughed at this one) 🙂