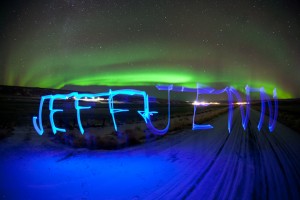 Woke up late this morning… or afternoon as the case was.  Missed breakfast at the hotel but had a smoothie from across the street then headed to town.  We went to the settlement museum and learned about the pre-Christian era and a bit about Yule (Christmas).  We then went up to the bell tower at the church – the highest point in the city to see the sunset.

Our long day yesterday must have really worn me out because I was in such need of a nap after only having been awake for 4 hours.  We decided to skip it and go back to the hot pot instead.  Good idea.  Ate a hot dog on the way then afterward, came back to the hotel for dinner and warmth before driving 3 hours north for more Northern Lights.  We stopped a few times and ended up somewhere around the town of Hunathing Vestra.

On the way beck we stopped more, just outside of Boragnes by the water where the light danced even more than we had previously seen.  It is truly amazing to see the movement of the dancing lights across the sky.  Jeff set up a time lapse in our northern most spot and over a series of just a half dozen photos, you really start to get the idea.

We got back to Reykjavik and could even still see a faint light in the sky, so we took a few here as well but it is 4am now, so time to turn in.

Here are just a handful from today: 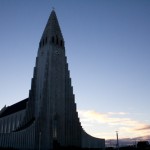 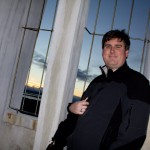 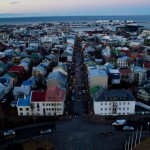 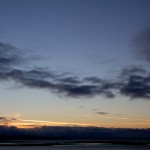 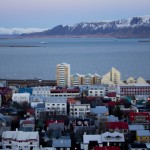 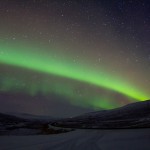 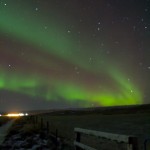 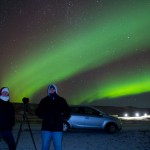 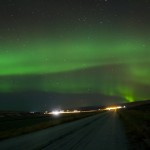 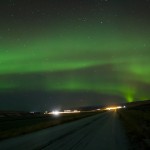 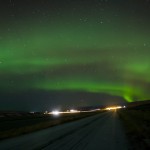 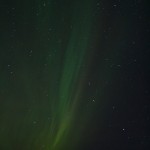 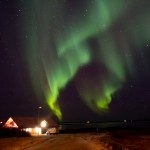 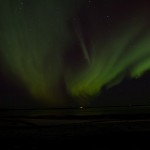 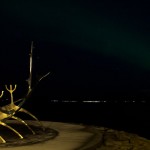 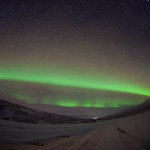 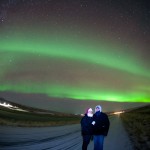 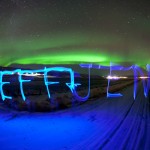 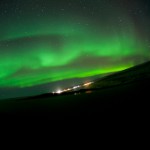 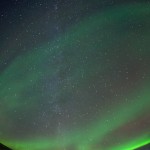 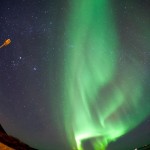 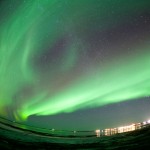 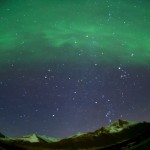