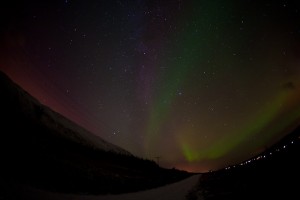 After having a tricky time getting our rental car after being a given a key that only opened the trunk, our next day… err… night… um… afternoon…  began when Jenn and I woke up after nap at about 3:00pm local time.  The downtown of Reykjavik is a nice small town, but on a Sunday evening was pretty dead.  Following dinner for breakfast at an English pub Jenn and I drove an hour north to Borgarnes.  I played navigator using the tablet with GPS to tell Jenn where we wanted to go:  through a 6 kilometer long underwater tunnel, to the shoreline of a lake far away from big cities and small towns.  It was in the middle of nowhere.  One car passed us in the hour and a half we were there.  The photos of the Auroras in this location were so amazing.  You can see them below.  At first it looked like just clouds, reflecting light from nearby cities… but there were no nearby cities!  We pointed our cameras up, uncapped the lens and shot a test picture.  What came next on the screen is the first aurora image below.  We spent the next hour taking images together with the lights above us.  It was a subtle moment of realization but that is what made it all the more special.  It was a secret between nature and the two of us.  We captured the beautiful auroras under the chilled moonless night.  A moment I will never forget on the snowy shore of that isolated lake. 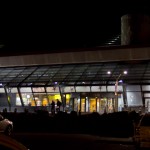 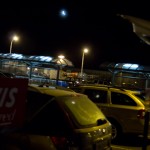 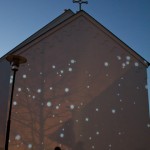 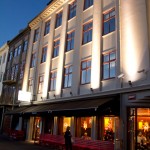 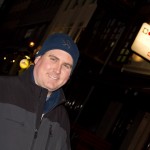 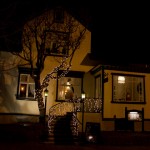 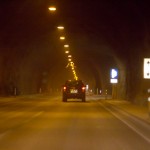 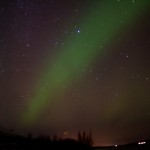 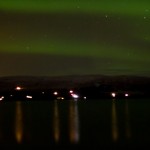 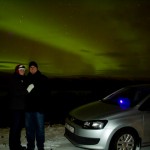 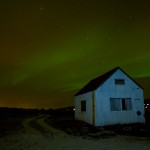 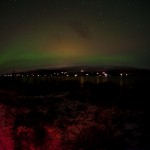 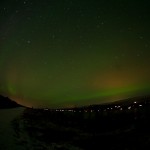 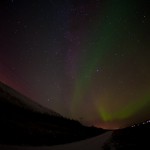 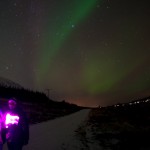 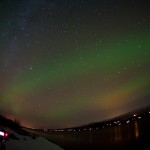 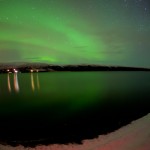