Disneyland was a blast!  And amazingly being on our feet all day didn’t make us too sleepy till the end: perhaps because we climbed maybe a 100thof the stairs we are accustomed to here in Paris.  The day was jam packed with yummy snacks, walking all over the park, and amazingly going on or witnessing 13 attractions!  And that’s with my necessary stopping and shopping and pin trading everywhere I go.  We traded all of our pins (12 we brought) away real quick and found so many keepers we had to buy more to trade.  Funnily though, some of the cast members are VERY picky about the pins we traded them, and it was a bit tough to release our 5 “cheap” pins we bought in the package to trade.  But all of the cast members in stores have lanyards, so we’d just keep trying and ended up with some neat stuff from Paris and even one from Tokyo.  The choosiness of certain cast members added to the randomness that is Paris.

We began our morning in Discoveryland, Space Mountain Mission 2 is now one of Jeff’s favorites.  Its different than when I was there and that’s not the only think that has changed.  Then to what else but Star Tours.  Since it has been closed at DL, Jeff has been bummed so this was a real treat even in French.  He still acted the whole thing out from memory.  We skipped Buzz Lightyear for the time being (but did do it later) because of a 70 minute wait!  There was a 2 hour wait for Big Thunder though! Fastpass! (the wait for that was only about 15 minutes – yeah, to get the pass).  We did wait in line for some rides, but no more than about 30 minutes, and the 3 fast passes we were able to get helped us out during the day.

We also ate dinner at Blue Lagoon (Blue Bayou) which we wouldn’t recommend.  The entree was only okay but the appetizers and dessert were great.

After all was said and done, Jeff “enjoyed every minute of it” he told me.  I did, too.  A fun trip indeed.  Picture time: 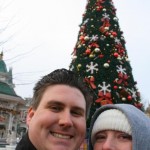 it is still christmas here, so pretty 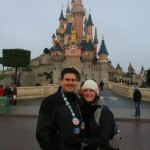 the first castle of our world Disneyland tour 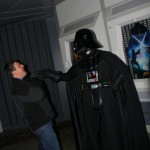 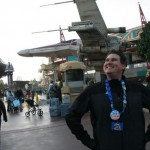 Jeff was in pure geek heaven in Discoveryland 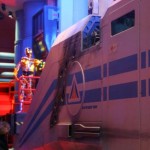 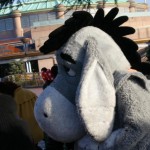 this one is for Chris 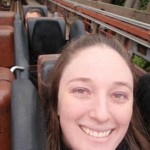 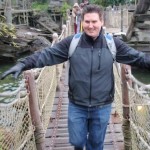 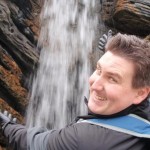 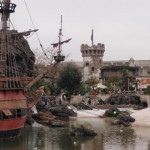 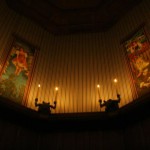 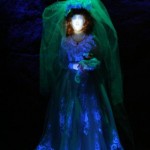 the little lady, she still says “hurry back” 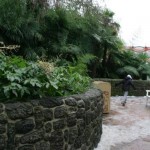 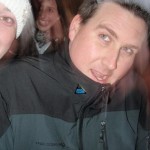 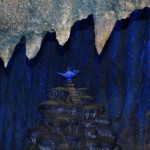 the magic lamp in Storybook Land 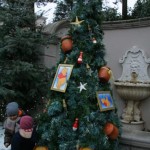 this one is for mom 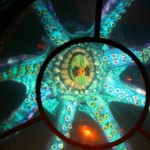 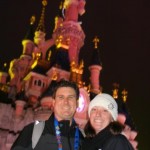 the castle is pretty at night too 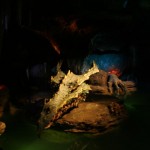 but underneath the castle lurks a dragon! 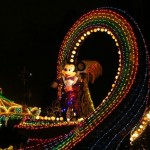 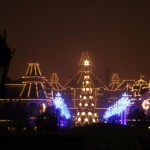